Manchaha: One of a Kind Rugs Handmade by Rural Women

When you think of decorating your new house or redecoration your existing one, the thought of adorning it with something unique is the first to cross your mind. Something that you never see in any other home. You will be surprised to know that this is not such a big task anymore. With the Jaipur Rugs’ Manchaha one of a kind rugs collection this is actually a possibility.

The collection, called Manchaha, is an expression of true creativity and originality originating from the remotest parts of rural Rajasthan where weavers get to design their own rug for the first time ever.

The collection is a reflection of untamed fashion in rural India. It taps into the unique design sensibilities of rural Rajasthani weavers by nurturing their creative potential and transforming a community from exploitation to empowerment. Each handmade rug with more than 200,000 knots, is the story of its creator – with emotions, dreams, and personality.

Through the Manchaha initiative rural men and women with, at best, the absolute basics of education, have stunned the world with original designs matching the caliber of global professionals.

The story behind the first Manchaha – One of kind rugs:

It all starts with a rug named Anthar which was born out of a disagreement between the weavers who had hand-woven it, but it turned into a beautiful story of harmony and synergy.

You will see three distinct design panels at the bottom from where the weaving started. The difference in designs is due to the disharmony between three weavers who were not aligned with each other.  As the weavers kept weaving month after month, they eventually became friends and started working in harmony resulting in a unified pattern in the upper part of the rug.

Unlike most designs born in the design studio, the Anthar rug was born directly on the loom and was influenced by the misalignment and alignment between its weavers. Since then, several such original artworks have come up that demonstrate complex human relations on the loom.

Design that is sustainable

The Manchaha rugs are made using hand-spun leftover yarn batches, which reduces wastage and makes the color palette of these rugs as unique as their design. It is a remarkable example of sustainable production – reusing and revival from waste, the problem becoming its own solution.

This is the first time in the history of the world that artisans from a non-design background and barely any basic education have consistently won some of the world’s most prestigious awards – a dream of any professional designer.

A rug such as this one will stand out from all your other décor and once you unroll it in your home  you will forever have a story to tell.

Manchaha: One of a Kind Rugs Handmade by Rural Women 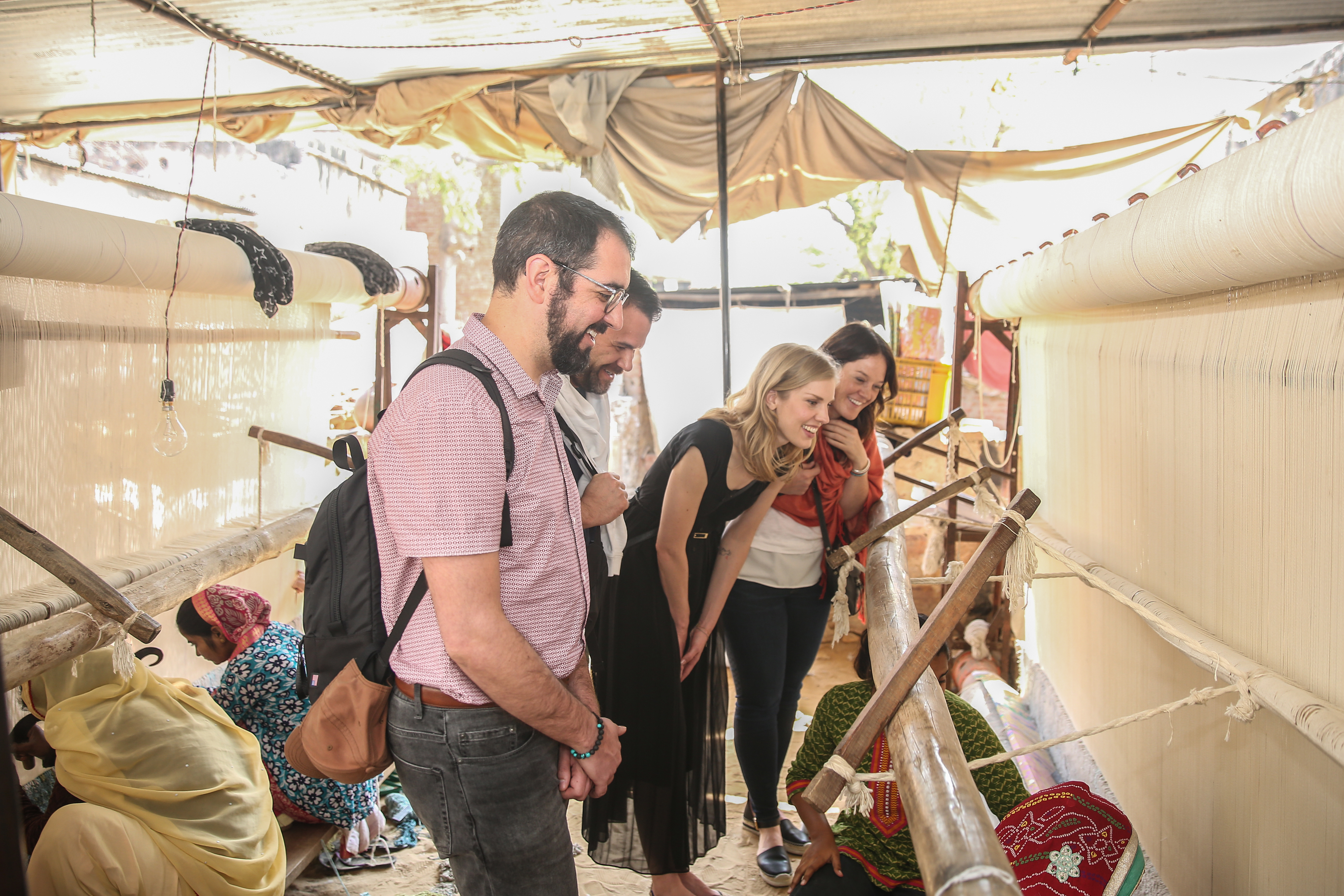